- January 19, 2017
The New Investigators Committee is excited to announce a new ISEH Journal Club for 2017. We will be starting with an exciting publication by Jeff Bernitz, Kateri Moore and colleagues, entitled Hematopoietic Stem Cells Count and Remember Self-Renewal Divisions, recently published in CELL.
This first ISEH Journal Club will run 23rd-30th January. During this time, Jeff Bernitz will be answering any questions you have about the paper on the ISEH Facebook page. Please join the ISEH Facebook group, post your questions and join the discussion!
To help introduce this paper and start the discussion, we conducted a Q&A with paper’s first author, Jeff Bernitz. Jeff is a current PhD student with Kateri Moore at the Icahn School of Medicine at Mount Sinai.
Question 1. What are the key findings of your paper?
Jeff: I think there were several key findings in the paper, but in the end these can be boiled down to two. The first is that cells within the HSC compartment are capable of maintaining a record of their divisional history, and this impacts on both their future regenerative potential and cell cycle progression. This memory also appears to instruct how HSCs accumulate with age. The second is that the stem cell compartment is heterogeneous, with the minority of these cells possessing LT-HSC function, and this is especially true when considering the aging HSC compartment. I think this is something that the field already knew, but what is nice about our work is that we were able to show that this functional heterogeneity can be correlated to divisional history.
Question 2. What was the motivation for this line of research?
Jeff: I wish I could say that there was a direct line of logic that motivated the work, but the truth is the study came together largely out of serendipity. A previous graduate student in the lab had placed 30-40 of our label-retaining mice on doxycycline, but never analyzed the mice before she left. This left us with several cages of mice that had been on dox for 9-12 months by the time I started. When I came into the lab I initially didn't have a project, so my first task was to analyze some of these mice that had been on dox for over a year just to see if we could find any label-retaining cells left in the HSC compartment. Of course, we were surprised when we found label-retaining cells after a year on dox, so we started doing transplants and the study slowly began to evolve and reveal itself to us from there.
Question 3. In your opinion, how will your story impact the blood field? What new questions does it open up?
Jeff: I hope the story will get people to begin considering how divisional history may play a role in defects associated with drug treatments, stress, and (in our case) aging. I also think that a major implication of our work may extend to understanding HSC expansion for clinical use. The field has been attempting to expand stem cells ex vivo for decades, but has been largely unsuccessful. I think our work provides clues as to why these efforts have not worked: divisional history directly relates to HSC regenerative potential, and the more a cell divides the less regenerative potential it contains. Thus simply forcing HSCs to “self-renew” may not be possible. Obviously this opens a Pandora’s box of questions on how HSCs maintain their divisional history counter, and by extension how we can reset this memory to aid in expanding HSCs without sacrificing function.
Question 4. Are there members of our ISEH community that contributed to the context for your paper? How did he/she contribute to your research question?
Jeff: Yes, there are several. Isabel Beerman and Derrick Rossi demonstrated nicely that increasing HSC divisional history via serial 5-FU injections induces several cellular and molecular changes associated with aging HSCs. This work was followed up on by Dagmar Walter and Amelie Lier from Michael Milsom’s group, where they demonstrate serial rounds of pI:pC induced proliferative stress leads to DNA damage accumulation in HSCs, which in the context of Fanca-/- mice results in a premature aging phenotype associated with Fanca mutations in humans. Together, these studies showed that the accumulation of divisional history may underlie several defects associated with HSC aging. Additionally, Ryo Yamamoto and Hiromitsu Nakauchi showed that the phenotypically identifiable HSC compartment contains cells that, upon transplantation, only generate myeloid cells. This work directly inspired our limiting dilution transplantation studies in the paper. As it is known that myeloid output from the HSC compartment increases with age we wanted to see if this was in part due to an over-representation of myeloid-restricted progenitors, and whether these cells correlated with an extensive divisional history.
Question 5. Who would you particularly like to read your paper?
Jeff: If I could have anyone read the paper, that person would be Christa Muller-Sieburg. I worked in Christa’s lab as an intern during undergrad, and my time in her lab heavily influenced how I view and interpret HSC research. In some ways I feel this directly contributed to how our paper came together. Her husband, Hans Sieburg, collaborated with us on this work, and both Teri and I view the paper as the culmination of my time and experiences between the two labs. Christa had one of the most beautiful minds I’ve ever seen. When we had journal club and lab meeting, she would pick out flaws in logic and reason that no one else perceived. She was sharp as a knife. I would particularly like her to read the paper, in part, because I know she would shred it to pieces – which can be devastating, but in the end I think this makes us better critical thinkers and scientists. Though more than anything, I just hope that the work would make her proud.

Thank you to Jeff Bernitz for kicking off our 2017 ISEH Journal Club.  Please visit the ISEH Facebook page from 23rd-30th January to submit your questions and join the discussion. 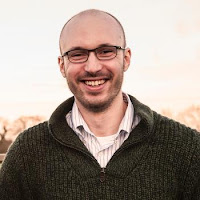