- March 14, 2019
On behalf of the Awards Committee, we are very excited to announce the recipients of the 2019 International Society for Experimental Hematology (ISEH) Honorific Awards, which will be presented to David Scadden and David Traver at the Annual Scientific Meeting in Brisbane, Queensland, Australia. In addition to their well-recognized status as world-wide leaders in the field of Hematology, both recipients are long-standing and active members of the ISEH community. We have been educated and inspired by their scientific insights as well as impressed by their unwavering mentorship and leadership efforts, and hope you will join us in offering them our sincere congratulations for their well-deserved receipt of our highest ISEH honors. 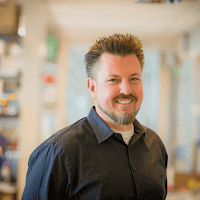 David Traver PhD, Professor of Cellular and Molecular Medicine, and of Cell and Developmental Biology at the University of California, San Diego (UCSD) has been selected as the 2019 recipient of the McCulloch and Till Award. David is a long-standing leader in the ISEH community and a well-respected colleague who has made substantial contributions to the field of Hematology, and in particular to our understanding of developmental hematopoiesis.

Dr. Traver’s laboratory group has utilized the zebrafish model to identify a number of key regulatory factors that control the specification and production of hematopoietic stem cells in the vertebrate embryo. His work has been recognized with numerous awards and invited seminars around the globe, and has helped to shape our understanding of the role of non-cell autonomous regulation in the specification of HSCs. In particular, his group was among the first to show the process of endothelial to hematopoietic transition in a live vertebrate and to uncover the developmental contribution of the erythromyeloid progenitor (EMP) population. His lab identified key roles for both Notch and Wnt signaling in HSC specification, including the timing of their influence and the role of the somitic mesoderm in establishing HSC fate. David’s lab also established an in vitro culture method for zebrafish HSPCs, allowing for a more precise definition of stem and progenitor function. Prior to establishing his own lab at UCSD, as a postdoc in the laboratory of Leonard I. Zon at Boston Children’s Hospital, David was the first to develop the zebrafish model as a tool for studying adult hematopoiesis, devising an irradiation and recovery protocol as well as multi-lineage FACS profiling. David likewise made seminal contributions to the field of Hematology field as a graduate student in the laboratory of Irving Weissman at Stanford University as the first to identify the common myeloid progenitor (CMP) population and its progeny in the mouse model.


“David’s work is a beautiful example of what can be accomplished when science, art, and innovation meet. Taking his unique expertise in mammalian hematopoietic stem and progenitor cell biology to the zebrafish model, David opened new doors to study the birth and regeneration of vertebrate hematopoietic system in a genetically malleable and visually appealing model. His work has provided answers to many long-standing questions about HSC generation, and enabled the visualization of these landmark events in real time. David has also been an instrumental leader in ISEH, shaping the society and our annual meeting as the permanent home for developmental hematopoiesis enthusiasts” – Hanna Mikkola

In addition to his long list of impactful scientific observations, David has been an active supporter of ISEH throughout his career and an early leader in efforts to highlight the unique role of ISEH as a platform for the study of developmental hematology.  David served on the Board of Directors (2010 - 2013), and the Executive Committee (2014 – 2018), completing his term as President of ISEH in 2016, during which time he created a pre-meeting workshop for the trainees at the ISEH Annual Scientific Meeting. David also chaired the Scientific Program Committee (2015) and served an Associate Editor of the society's journal Experimental Hematology (2011 - 2014). In fact, David has generously volunteered for so many important roles at ISEH that he was ineligible to receive this award for much of his career, so we hope you will join with our Awards Committee in celebrating this long overdue and well-deserved recognition of David Traver for his outstanding achievements and dedication to the field of Hematology with the 2019 McCulloch and Till Award.

Donald Metcalf Award – David Scadden
This award recognizes distinguished scientists who have made seminal contributions in the field of Hematology. 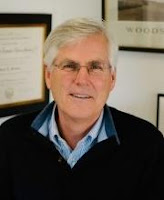 David T. Scadden, MD has been selected as the 2019 recipient of the Donald Metcalf Award from the ISEH. He is the Gerald and Darlene Jordan Professor of Medicine at Harvard Medical, and a Professor of Stem Cell and Regenerative Biology at Harvard University, Co-Founder and Co-Director of the Harvard Stem Cell Institute. David is a hematologist/oncologist at the Massachusetts General Hospital in Boston where he founded and directs the Center for Regenerative Medicine; he previously led the Hematologic Malignancies Program of the MGH Cancer Center. He is an elected member of the National Academy of Medicine, the American Association for the Advancement of Science, the American College of Physicians, a fellow of the American Academy of Arts and Sciences, and is a former member of the Board of External Experts for the National Heart, Lung and Blood Institute and the National Cancer Institute’s Board of Scientific Counselors. David is a highly regarded leader in the ISEH community and has made fundamental contributions to the field of Hematology and Stem Cell Biology through his work in defining the adult HSC regulatory niche within the bone marrow microenvironment, and its relevance to the onset and treatment of hematologic disease.

Dr. Scadden’s research has helped set the foundation for our ongoing appreciation and investigation of the role of the microenvironment in the regulation of HSC maintenance and fate in the adult vertebrate. His work has been internationally recognized with awards for excellence and highlighted in scientific Keynote or featured presentations around the globe, including one of our ISEH debates focused on the Stem Cell Niche. Pioneering work in the Scadden lab was among the first to define a regulatory stem cell niche in any organ system. His group has gone on to identify several key components of the hematopoietic niche in the bone marrow, including the osteoblast population, and characterize the impact of oxygen gradients on stem cell localization and function in vivo. Dr. Scadden’s work has likewise extended to hematologic malignancies, where in a series of seminal studies his group demonstrated that perturbations in the bone marrow microenvironment can drive emergence of myeloid leukemia, and more recently that the leukemic cell themselves continually reshape the niche to support their survival and expansion. David’s laboratory has also revealed a number of novel regulatory networks that may be exploited to improve hematopoietic stem cell transplantation, several of which have moved forward toward optimization and testing for therapeutic clinical application. Prior to establishing his own laboratory at MGH, Dr. Scadden conducted his clinical internship and residency at Brigham and Women’s Hospital and Dana-Farber Cancer Institute , and performed postdoctoral research in the laboratory of Jerome Groopman at Beth Israel Deaconess Medical Center, focused on mechanism of and therapeutic interventions for hematologic disorders associated with Acquired Immunodeficiency Syndrome (AIDS).


“Dr. Scadden was an absolute pioneer in our understanding of the identity and functions of the elements of the bone marrow micro-environment that constitute the stem cell niche. His work made the HSC niche relevant and opened the way for a number of subsequent investigators who refined and furthered his views and findings, creating a whole field of study” - Ioannis Aifantis

Beyond his outstanding impact on our understanding of microenvironmental regulation of stem cell biology, David has served as a long-standing proponent and leader of the ISEH community. He served on the Board of Directors and Executive Committee for ISEH (2008 - 2012), and as President of ISEH in 2011. Furthermore, through his contributions to the ISEH Webinar series, and the Hematology 101 online curriculum, he has helped the society navigate and extend its outreach and impact as a truly international platform for those seeking to perform research in the Hematology field. We greatly appreciate the role he has played in helping to raise and sustain the visibility of the society and his collaborative spirit, and hope you will join with the Awards Committee to enthusiastically recognize David Scadden for his ground-breaking achievements in the field of Hematology and Stem Cell Biology with the 2019 Donald Metcalf Award.

We look forward to seeing both of our award winners at their award presentations during the 2019 annual meeting and thank them again for their dedication to Hematology and ISEH!