What to expect from Australia’s New World City? 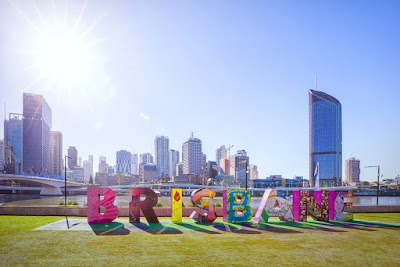 For the first time since 2010, the ISEH scientific community will gather Down Under for the Annual Meeting – an incredible opportunity to discover local talent in the field of hematology but also to explore everything this incredible continent nation has to offer! Australia’s health and medical research industry is amongst one of the most productive in the world, generating nearly 4% of global output despite Australians only representing about 0.32% of the world’s population. In accordance with Australia’s reputation, Brisbane is standing as an internationally significant centre for world-class translational research in hematology. In this collaborative environment, the ISEH Annual Meeting represents the ideal opportunity to bond with Australian medical researchers in the field of hematology and develop a productive network of collaborators from across the world.

This year, the ISEH Annual Meeting will take place in Brisbane, the capital of the Australian state of Queensland. With a subtropical climate, Brisbane delivers an average 283 days of sunshine annually. So please, don’t forget your sunscreen! Given Brisbane’s climate, outdoor activities – from swimming at South Bank’s Streets Beach to strolling through the City Botanic Gardens, kayaking on the Brisbane River or climbing the iconic Story Bridge and the cliffs along the Brisbane River (all walkable from the conference centre)– can be enjoyed all year-round! The city centre (called CBD – Central Business District) is an incongruous mixture of post-modern and historic buildings distributed on a few hills and a slope along the meanders of the Brisbane River. As an ideal destination for conferences, Brisbane is a well-connected and walkable city that offers all the sophistication of larger global cities whilst featuring a unique personality built upon its vibrant urban art and trendy food culture. In that regard, Brisbane offers a world of options with flourishing new restaurants, cafés and bars – from elegant riverside dining, to hip laneway eateries, bustling food markets, and airy rooftop bars showing off the best views in town!

As Australia’s New World City, Brisbane is embracing its commitment to the knowledge economy and its unique character, which is developed from an amalgam of local and international influences. Over the past few decades, Brisbane has evolved organically to create an eclectic ensemble of past and modern architecture, with its own diverse culture without losing its authentic character and its abundant bird and lizard wildlife cruising through parks and streets. In fact, Brisbane is all about art: modern, contemporary, performing and urban arts promise to blow your mind! This year’s ISEH Annual Meeting is hosted at the Brisbane Convention & Exhibition Centre, which sits within in Brisbane’s cultural epicentre in South Bank. This thriving cultural precinct of showcases dedicated, world-class theatre, arts and educational institutions such as the acclaimed QAGOMA (Queensland Art Gallery / Gallery of Modern Art) – an interactive space dedicated to the contemporary art of Australia, Asia and the Pacific region. To escape the crowds and experience something a little more intimate, just walk across the bridge or hop on one of many Brisbane ferries to reach the other buzzing spaces such as the Metro Arts Gallery or the Brisbane Powerhouse – Queensland’s home for contemporary culture and one of the busiest art venues in the Asia-Pacific region. Whether you reach Brisbane early in August or right at the start of the ISEH Annual Meeting, you will have the opportunity to take part in the Quandamooka Festival on North Stradbroke Island just outside the city! This annual celebration of the oldest living cultures on earth features a wide variety of events including whale watching, aboriginal art and cultural exhibitions, eco boat tours, as well as immersive cultural and musical events showcasting the Quandamooka People of South East Queensland!

Not really artsy? As the third largest city in Australia, Brisbane hosts international, national and local training and sporting facilities for a myriad of sports including rugby, soccer, Australian Rules Football (AFL), cricket, netball, tennis and rowing facilities along the river. The capital city of Queensland is all about rugby! Easily accessible by public transport, the Suncorp Stadium is home to the Queensland Reds (rugby Union) and the Brisbane Broncos (rugby League). Nothing better than an adrenaline-boosted rugby match to relax after an exciting but intellectually-intense ISEH Annual Meeting. Moreover, the AFL playing season extends until the end of September, making it possible to assist to a thrilling match of the Brisbane Lions at the Brisbane Cricket Groung (the ‘Gabba’)! Sporting enthusiasts not-so-thrilled by big crowds can also explore the surroundings by taking advantage of the many bike paths across the city and along the river, offering breathtaking views on the skyline and Brisbane’s most iconic landmarks or simply climb a cliff.

Following a couple of weeks after the ISEH Annual Meeting, Brisbane Festival is one of Australia’s major international arts festival and attracts around one million people every year. Brisbane Festival disrupts the conventional: the festival features all art forms, including theatre, music, dance, circus, opera and major public events. The festival showcases the best of Brisbane whilst creating a compelling connection between audiences and art experiences that speak to contemporary concerns whilst embracing non-traditional venues. During the first weekend of September, the Redcliffe Foreshore will feature the Moreton Bay Food and Wine Festival – a unique opportunity for foodies to enjoy local produce showcased by renouned chefs, winemakers, brewers, producers and restaurateurs of the region.

As a convenient urban hub, Brisbane is a gateway to some of Australia’s most iconic tourism experiences, including the Great Barrier Reef, World Heritage-listed rainforests, pristine surf beaches, idyllic sand islands, as well as encounters with koalas, kangaroos, wild dolphins and whales. Brisbane is the only large Australian city with a mountainous rainforest, large sand islands and beaches within 30km of the CBD. No need to go far to explore those. Being subtropical, the open ocean is still very warm in winter for swimming and surfing, it is also the peak season for whale watching in the Moreton Bay starting from Redcliffe just outside of the city. And the rainforest is home to many species of colourful parrots (Lorikeets).

It’s easy to get to Brisbane, with the acclaimed and recently renovated Brisbane Airport operating an extensive network of flights linking to 29 international destinations in North America, Europe, and the Asia-Pacific region. For more information on where to eat, drink, shop, play and stay in Brisbane, go to https://www.iseh.org/page/2019PreandPostTouring and for information on where to extend your stay within Queensland, go to: https://www.iseh.org/page/2019VisitQueensland 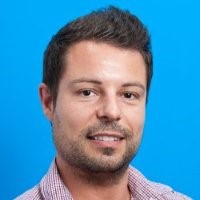