In these last two decades, several research groups have worked to characterize the contributions of both cellular and soluble components to the cascade of events leading to VOEs.  Notably, work using intravital microscopy has shown that the predominant in vivo interactions in the setting of a VOE occur between circulating sickled red blood cells, adherent leukocytes and platelets, with these being importantly dependent on the expression of P- and E-selectin receptors (Turhan et al., 2002; Bennewitz et al., 2017).

Reasons to read this paper:
Vats et al. (2020) now provide additional intravital evidence that a tandem anti-P-selectin ligand immunoglobulin (TSGL-Ig) can also prevent lung VOEs in a SCD mouse model.  Particularly compelling are the videos captured showing the markedly different levels of vascular patency in lungs between mice receiving a control antibody versus those receiving an anti-P-selectin ligand immunoglobulin that acts as a decoy receptor in the setting of a VOE precipitating event.


Strategy used in paper:
Vats et al. (2020) modeled the precipitation of lung VOEs in humanized Townes SCD mice by way of intravenous administration of oxy-hemoglobin in the presence of either a TSGL-Ig or an immunoglobulin control (IgG1-Fc).  Mice were anesthetized 1 hour later for surgery and by 2 to 2.5 hours, they infused fluorescent dyes via the carotid artery to label the blood vessels, neutrophils and platelets for quantitative intravital lung microscopy for a maximum period of 30 minutes, capturing images from different fields of view and from a few mice per test group.  Images were then processed, quantified for vaso-occlusions and compared on the basis of numbers identified per field of view.

Future considerations:
Altogether, this work supports the approach of disrupting P-selectin interactions as a way to prevent VOE cascades, results which are consistent with those obtained by the SUSTAIN trial.  In the future, it may be important to conduct a direct comparison between these two types of antibodies and to see if there are any indirect disadvantages to disrupting P-selectin mediated neutrophil adhesions, such as in cases of concurrent bloodstream infections in affected patients.  Overall, this is an important piece of work that sheds light on a way to potentially treat and manage VOEs in patients with SCD. 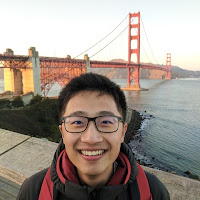