- April 11, 2019
Throughout the next few months ISEH member, Christophe Lancrin, will be highlighting his professional journey working in various European countries. This month we travel to France to explore Christophe's knowledge about the two main state-funded scientific organizations and the most typical way to enter the French system. 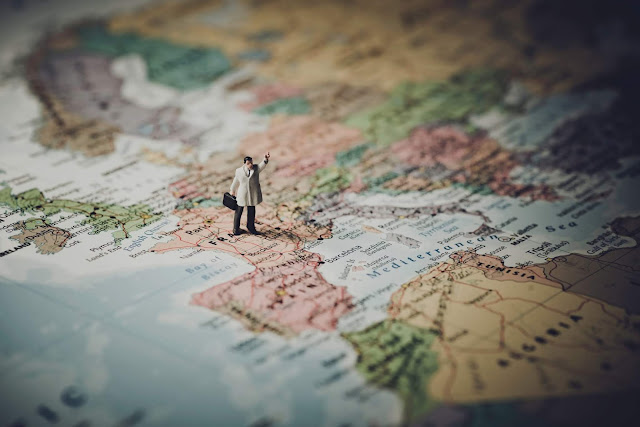 “When in Rome, do as the Roman’s do”, I think we have heard this phrase when we want to emphasize that each country may have their own way to do certain things. But have you wonder if “Roman’s” have a specific way to become and being a Principal Investigator? The short answer is yes, and not only Italian’s but I found differences among at least three different European countries that I have worked. Whether you are looking for a job opportunity in Europe or just to expand your knowledge on how is to do research among different countries, I am sure you will find this Blog series very useful.

Over my research career, I have worked in France, United Kingdom and Italy. This allowed me to see how the academic research path was set up in these various countries. Great Britain is probably the closest to the US where a starting group leader has usually to go through the tenure track system. In contrast, in Italy and France, tenure track is not common and young scientists who just completed their post-doctoral research could get permanent state-funded positions right away. In addition to these different hiring approaches, research funding is also set up differently in these countries. The UK offers multiple funding streams both public and private covering a rather large spectrum of research topics while France and Italy mostly rely on public funding and a few charities focused on cancer and genetic diseases.

I will cover these topics over a series of blogs to give a snapshot of how it is to work in academia in Europe. In this entry, I will first focus on the research career path in France.

I completed my PhD research in a French laboratory and the way things are done in term of career are quite different from what one could experience in the United States. In France, independent investigators are civil servants. There are two main state-funded scientific organizations to which one can apply to become a scientific civil servant: the CNRS (http://www.cnrs.fr/en) and the INSERM (https://www.inserm.fr/en). The CNRS is an interdisciplinary organization covering a broad range of research topics such as humanities, biology, chemistry and physics. In contrast, the INSERM is more focused on biology and biomedical research.

To enter these organizations, one has to take an entrance exam called “concours”. The success at this exam is based both on the quality of application and the oral examination. If a candidate is successful; a permanent position is awarded right away without any testing period such as a tenure track in the US system.

Because the number of available permanent positions is relatively low (about 250 per year for the CNRS and around 100 for the INSERM), they are very hard to get. Scientific excellence is a prerequisite but it is also important to have a strong link with a research unit willing to host the candidate. Research Units in France are usually composed of several permanent researchers leading projects with a common theme (in my case, it was about ontogeny and function of T lymphocytes).

The most typical way to enter the French system is to do a PhD in a research unit, then undertake post-doctoral research abroad in a prestigious lab.  Assuming the Post-doc has been very successful; the former mentor of the young researcher would support the application of the candidate to re-join the research unit as a permanent staff. Interestingly, upon acquiring this permanent position, there are several ways the new civil servant could decide her/his future. One could be essentially to work as a staff scientist, meaning running a project (possibility with help of a technician and/or a PhD student) within the unit. Importantly, in this situation, one has usually no control on the budget, as it comes directly from the head of the unit. External funding could be obtained through the state funded agency called ANR (Agence Nationale de la Recherche, https://anr.fr) and from a number of charities such as ARC Foundation for cancer research (https://www.fondation-arc.org) or AFM-Téléthon (http://www.afm-telethon.com/research/calls-for-proposals.html). The second alternative is to become fully independent, which requires the acquisition of a separate funding scheme called ATIP Avenir for young group leaders. This program is funded jointly by the CNRS and INSERM. It provides budget for consumables and also for a post-doctoral researcher initially for three years, with up to five years of funding following a successful evaluation (https://www.france-science.org/Call-for-a-Young-group-leader-ATIP.html). Importantly, applicants must not have been working for their host laboratory for more than 18 months and may not work with any of their previous mentors to ensure that they are truly independent.

In conclusion, the French system is advantageous because once one joins the CNRS or the INSERM, it affords a permanent position for life. This is a stability that is rare to get in most of other research systems. The drawback is that the recruitment system is fairly unusual, therefore it is important to be well advised and supported in order to get a position.

My next stop in Europe will be the British system. Stay tuned to learn more.