Showing posts from November, 2016
Show all

Finding Your Way through the Smog: Musings of a Graduate Student

When I entered graduate school, one of the things I quickly learned was how different the trajectory of my ‘schooling’ would be than that of my peers in other programs. Sure, I had required courses as a first year Ph.D. student, but beyond that point, life as a Ph.D. candidate takes a much more independent and unpredictable course than that of students in other professional schools. There is no set timeline of when you will graduate, and this can be as daunting as it is freeing. We all have that one family member who makes it a point of asking you “when will you graduate”, and “why can’t you just hurry up and wrap things up one year sooner?” For better or worse, your dedication to seeing your thesis project to completion is one of the key determinants in how your graduate career will play out.  But even the most motivated and passionate student will bear inevitable pitfalls. This is often where the graduate student life turns most bleak. From staring into the black hole of a confocal m
Post a Comment
Read more

Part one: Women in Science - What is the Situation? 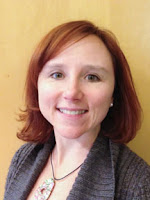 In the past several years, several prominent, successful female scientists have led ISEH, but that was not always the case. In the 45 years since its incorporation, ISEH has had 5 female presidents, all serving since 2003. This change reflects the slow, positive shift in society that has been at play for over a century. For many, your grandmother (or mother or great grandmother, depending on your generation) may have wished to have a career but instead was expected (and became) a housewife for her entire life. Her daughter (your sister, mother or grandmother) had a career (usually an “acceptable” female-oriented career, such as a nurse or a teacher) but was likely forced to resign when she had children. She may have had the option of returning to her career when the children were older but was denied the opportunity to take on a leadership position. Very few women became scientists; in fact, even in the mid 1900s if a woman enrolled in a science degree it was considered to be newsworth
1 comment
Read more
More posts