- June 30, 2016
Inflammation is a double-edged sword. Inflammatory signals are needed to fight infections, yet too much can contribute to hematologic diseases such as bone marrow failure and malignancy. In recent years since the discoveries from our group and the group of Peggy Goodell that the pro-inflammatory cytokines Interferonα (IFNα) and IFNγ lead to activation of quiescent hematopoietic stem cells (HSCs) in vivo, there has been a revival to uncover the role of these cytokines in the HSCs and the hematopoietic system as a whole. A recent webinar from ISEH entitled “The Role of Inflammatory Signals in Embryonic HSC Development and Adult HSC Function” presents work exploring the role of inflammation in disease and development from leaders in the field- Markus Manz (University Hospital in Zurich), Trista North (Harvard Medical School), and moderated by Katherine King (Baylor College of Medicine).


In general, pro-inflammatory cytokines are produced by cells of the immune system in response to an infection or inflammation. Classically, they are thought to play an important role in the defense against infection by imposing an anti-proliferative effect on differentiated hematopoietic cells, thus preventing the virus from spreading around the body. However, our study and that of the Goodell group in 2009-2010 showed that in the adult mouse, quiescent HSCs directly respond to IFNα or IFNγ, leading to increased proliferation of these cells. These data suggested that HSCs themselves are able to directly respond to infections.
In this most recent ISEH webinar, Dr. Markus Manz gave us an overview of the effect of inflammation on adult HSCs. Over the last years, the Manz lab has published several manuscripts on the direct versus indirect sensing of pathogens by HSCs and the consequences of this on HSCs. In the webinar, Manz started off describing clinical observations that systemic bacterial infections in patients can lead to a demand-adapted response, suggesting stem and progenitor cells dynamically sense and adapt to environmental signals during infection. By creating tissue-specific knock-out lines for Myd88 (a critical adapter for many inflammatory signaling pathways), they could show that endothelial cells in the BM catalyze demand-adapted granulopoiesis resulting from systemic infection in the mouse. He went on further to show that HSCs express Toll-like receptor 4 (TLR4) and can proliferate in response to the bacterial pattern recognition molecule lipopolysaccharide (LPS). Manz then presented new data using a CFSE-labeling HSC assay to assess division history to determine which clinically relevant cytokine/chemokine receptor agonists/antagonists drive HSCs into self-renewing divisions. Their data combined with work from others that depending on the type of pathogen HSCs can either directly or indirectly sense and respond to infection.
Clonal hematopoiesis with somatic mutations is a common age-related condition and inflammation increases with age. Clinical reports indicate a correlation between a history of major infections and the development of MDS/AML in patients. At the end of his presentation, Manz connected the dots and gave his perspective on how infection-induced effects on quiescent HSCs influence hematopoietic ageing and age-related disease. Future experiments testing whether severe infections affecting the quiescent HSC pool increase the risk for the development of malignancies will demonstrate if these clinical correlations are truly driving forces.
In the second half of the webinar, Dr. Trista North talked about the role of these same pro-inflammatory signals during the emergence of the first HSCs in the embryo. Trista gave us a great overview of the recently discovered new role for pro-inflammatory cytokines like IFNs and Tumor necrosis factor α (TNFα) during development. In the embryo, the first hematopoietic stem and progenitor cells (HSPCs) arise in the aorta/gonad/mesonephros (AGM) region from hemogenic endothelium. Several groups (including North, Nancy Speck, David Traver, Victor Mulero, Didier Stainier, and Feng Liu) recently demonstrated a novel function for interferons and TNFα signaling during the emergence of the first HSCs in the AGM in zebrafish and mice. They showed that key molecules involved in innate immunity and inflammation are expressed in emerging stem and progenitor cells as well as endothelial cells in the AGM region. During embryonic development, formation of primitive myeloid cells precedes the birth of definitive HSCs. Genetic ablation studies in zebrafish revealed that these primitive myeloid cells are the source of the inflammatory cytokines important for HSC emergence. North also showed new data from a screen performed in zebrafish identifying other inflammatory cytokines utilized during HSC formation. As many of the inflammatory cytokines employed during HSC emergence and the response of adult HSCs to infection are conserved, the screens from Manz and North will be mutually beneficial informing new players critical for HSCs from embryo to old age.
In summary, the data presented in this webinar by Markus Manz and Trista North showed again that there is much more to pro-inflammatory signaling in the hematopoietic system than their role in clearance of infections. Pro-inflammatory signaling plays a role in hematopoiesis from development until adulthood, from the quiescent HSC to the differentiated cells of the system. The great challenge of the future is to understand how pro-inflammatory signaling is influencing these different aspects of hematopoiesis and what the consequences are for ageing and malignancies. 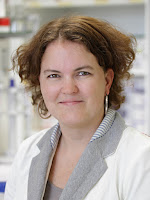