- May 23, 2019
Throughout the next few months ISEH member, Christophe Lancrin, will be highlighting his professional journey working in various European countries. This month we travel to the United Kingdom. 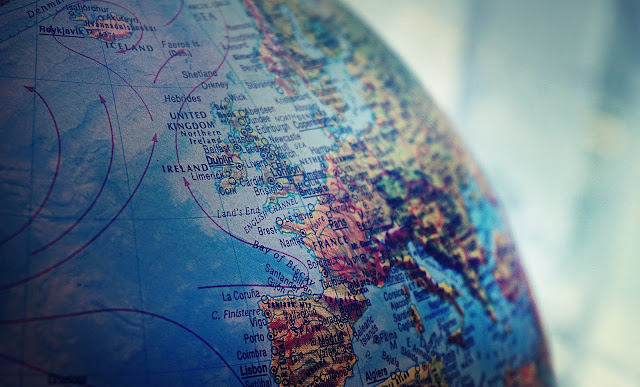 Last month, I have started a series of blogs to give a snapshot of how it is to work in academia in Europe. In the first entry, I presented the French system where tenure track is not common and young scientists who just completed their post-doctoral research could get permanent state-funded positions right away.

In this new entry, I will discuss the British system. For the readers who are based in the US, they will notice similarities between the two countries. In particular, a starting group leader has usually to go through the tenure track process before being awarded a permanent position.

Working at the Paterson Institute was very fruitful scientifically but also very instructive to see the conditions starting group leaders were offered there. The contrast with the French system was very striking. In France, young researchers who completed a very successful post-doc could get a permanent position right way, but the financial resources available to them to perform their research can be fairly limited. In contrast, at the Paterson Institute, young principal investigators (PIs) were not given a permanent position but had to go through the tenure-track process. Interestingly, they were given extremely advantageous financial packages including core-funding, two post-doctoral scientist positions fully funded for three years, a research technician position and one PhD student position through their international PhD recruitment program. I found it astonishing that so much resources were given to young PIs. It was even more surprising to me because the requirements of scientific excellence were not significantly different than those necessary to enter the French academic system.

After five years, new PIs are evaluated and if they are successful they can get tenure. However, they continue to go through evaluation every five years and a lower scientific output could make them leave. In that case, this is not truly a tenure track system. In fact, there has been discussion to change employment conditions so that PIs could only stay a maximum of 12 years. This is something already in place at the Francis Crick Institute in London, another institute funded by Cancer Research UK.

Another track towards independence in the UK is to get a PI position at a University. There are several options at this point. The most common option is for young PIs to become a lecturer, which means that they need to spend part of their time teaching students. The contract is open-ended, and funded directly by the University. The lab space is provided as well as some startup funds depending on the University. A second option is to do only scientific research, but in this case the salary is not provided. It is necessary to get a Career Development fellowship with a letter of support of the Host University. Usually, these fellowships provide the salary of the PI, one post-doctoral researcher and one research technician as well as consumables for five to six years. These fellowships can be obtained from several organizations including Cancer Research UK, Wellcome Trust, Medical Research Council and BBSRC. They are only for young PIs and are not renewable. They are usually coupled with a tenure track process in which the University could give a permanent contract to the PIs who demonstrated that they could successfully lead a research group.


In conclusion, I consider the UK one of the best countries in Europe to perform research. There are many opportunities to start a lab and many British scientific funders (private or public) are willing to invest in promising young PIs. Although getting a permanent position remains very challenging, there are at least multiple paths to scientific independence. In contrast, in France, there is only one way and even after getting a position at the CNRS or INSERM, the funding available can be limited.

My final stop in Europe will be about the Italian system. I will cover my experience working at EMBL Rome and explain the requirements to be a PI in Italy.