On behalf of the Awards Committee, ISEH would like to congratulate the recipients of the 2022 ISEH Honorific Awards, which will be presented at the ISEH 51st Annual Scientific Meeting. 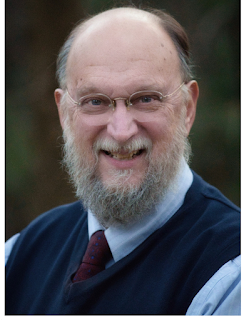 The 2022 Donald Metcalf Award goes to Dr. Jim Palis, Professor of Pediatrics and Director of the Center for Pediatric Biomedical Research at the University of Rochester. Jim is a giant in the field of developmental hematopoiesis, and has pioneered work in defining the complexity of HSC-independent hematopoiesis. Jim’s early work carefully identified and dissected the earliest waves of hematopoietic progenitors from the extraembryonic yolk sac. His seminal work identified the erythro-myeloid progenitor (EMP) emerging from distinctive hemogenic endothelium, and demonstrated that EMPs not only establish erythropoiesis in the fetal liver, but also contribute to the megakaryocytic and multiple myeloid lineages. His work has also transformed our understanding of fetal erythropoiesis, including the discovery that nucleated primitive RBCs ultimately enucleate, thereby defining the term “pyrenocyte” to more appropriately describe the cellular product of erythroid enucleation. Jim’s work continues to expand the boundaries of how we think about hematopoietic development -- most recently, Jim has defined the first fetal lineage of natural killer (NK) cells arising from EMPs. Jim’s impressive work has been published in several top journals, and he has been awarded NIH extramural funding since 1991(!). Jim’s work has revolutionized not only our understanding of fetal hematopoietic and erythroid development, but also the contribution of fetal hematopoiesis to innate immunity.

In addition to the critical work Jim’s lab has performed in dissecting hematopoietic development in mouse models, Jim has also contributed to numerous important collaborations in zebrafish and human iPSCs models with many ISEH members, including Gordon Keller, Len Zon, and Merv Yoder. In response to the news of the award, Merv Yoder stated “Don Metcalf would be proud that Jim should receive the award named in his honor, as Don and Malcolm Moore published a foundational paper for ontogeny of the haematopoietic system in the British Journal of Haematology in 1970 that has served as an entry for many interested investigators who have followed. I am so thrilled that Jim is being recognized for his exemplary work and grateful that we had such a wonderful and rich collaborative relationship over our careers.”

Jim has also made spectacular contributions to mentoring the next generation of physician-scientists as a pediatric hematology/oncologist. Within ISEH, he was responsible for initiating the wildly successful pre-meeting Trainee Workshop, and he helped to establish the first trainee workshop when chairing the Red Cells Gordon Research Conference. Dr. Scott Peslak, MD, PhD, a previous trainee and currently hematologist-oncologist at the Perelmen School of Medicine at UPenn, said about Jim’s mentorship, “I am absolutely delighted that ISEH is awarding the Donald Metcalf Award to Jim. Jim’s pioneering work has driven tremendous advances in hematopoietic research and carries on Don’s legacy in the field of developmental hematopoiesis, and his mentorship to myself and so many others has motivated a whole new generation of scientists to pursue careers in understanding and treating red cell disorders.”

When I joined ISEH as a young postdoctoral fellow new to hematopoiesis, I can also personally say that I was both inspired and encouraged by Jim. He epitomizes the supportive, thoughtful, creative and open community of ISEH.
McCulloch and Till Award Winner – Louise Purton 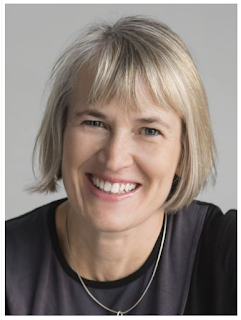 The 2022 recipient of the McCulloch and Till Award is Professor Louise Purton. Louise has an extensive background in studying both intrinsic and extrinsic regulators of hematopoiesis, including hematopoietic stem cells (HSCs), with significant contributions in the hematology, bone and retinoids research fields. During her post-doctoral studies at the Fred Hutchinson Cancer Research Center, Louise was the first to show that the biologically active derivative of vitamin A, all-trans retinoic acid, enhances murine HSC self-renewal. Louise returned to Australia for a short period then subsequently spent 3 years as a visiting scientist in David Scadden’s lab (Boston, USA), where she continued her research on the roles of retinoic acid receptors in the regulation of hematopoiesis. Her senior author and co-author back-to-back Cell papers in 2007 revealed multiple roles for the bone marrow microenvironment in malignant hematopoiesis. In 2008, Louise returned to Australia to establish her laboratory at St. Vincent’s Institute, where she leads a successful research program focused on intrinsic and extrinsic regulators of hematopoiesis.

Upon hearing that Louise was this year’s award winner, David Scadden reflected warmly that “Louise Purton is a pioneer in how bone marrow stromal abnormalities can lead to hematopoietic neoplasia and an example of personal strength and unwavering commitment to science that inspires all who know her. It is a privilege to count myself among them and I am so delighted that ISEH recognizes her contributions to science and the Society with the honor of the McCulloch and Till Award. Bravo, Louise!”

Louise has made numerous contributions to the ISEH leadership and is also a gender equity, diversity and inclusivity (EDI) champion. I had the pleasure of listening to her remarkable story when she was a keynote speaker at the International Women’s Day event at the University of New South Wales, Sydney in 2020. Louise described her childhood growing up in a small Australian country town (Balranald, population ~1400), where at the age of three, the antibiotics that saved her life caused profound hearing loss. Louise taught herself to lip read and excelled at school before receiving her first hearing aids at 19 and having her first cochlear implant in 2018. Louise stated in her speech that “Bias is the biggest reason why women are underrepresented in research”. Louise continues to be a strong voice both nationally and internationally for the need to improve EDI for all underrepresented groups.

Associate Prof Gemma Kelly (WEHI, Australia), one of the many mentees supported by Louise, remarked that “Beyond Louise’s great contributions to hematology research, she is a passionate advocate for female scientists and has had a positive impact on many of our careers. I am one of several researchers that Louise takes the time to mentor- providing advice, fearlessly fighting our causes and always celebrating our successes. I am extremely grateful for Louise’s ongoing support and I am thrilled that her contributions have been recognized with the McCulloch and Till Award- so well deserved!”

In my mind, this award recognizes not only the outstanding contributions Louise continues to forge in science but in how we address EDI within research. 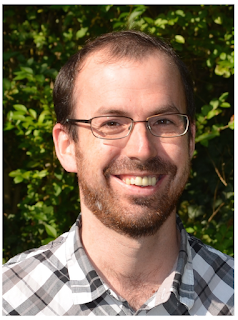 The 2022 recipient of Janet Rowley Award is Dr. David Kent. David completed his PhD with Connie Eaves (Vancouver) and his postdoctoral research with Professor Anthony Green (Cambridge, UK) where he studied normal and malignant blood stem cell biology. He subsequently established his independent research group in 2015. In 2019, David relocated his lab to the University of York and the York Biomedical Research Institute where his group focuses on how we assess and track blood stem cells and their clonal progeny in adults, in particular the process by which a single clone overtakes its normal counterparts to drive cancer. David’s contributions to the field can be summarized on: (1) the identification and functional characterization of blood stem cell heterogeneity; (2) the integration of single cell functional and molecular assays; (3) the discovery that the order of mutation acquisition impacts cancer evolution; and (4) the development of a novel approach to track blood stem cells in humans, using somatic mutations as a genetic barcode. These discoveries have resulted in numerous seminal publications in leading journals.

What is less well known about David is his double degree in Genetics and English Literature. David studied contemporary Shakespearean drama in his final year project that included visits to Canada's Stratford festival. This literary experience fostered David’s keen interest in improving how we communicate science, pushing him to found the collaborative blog “Black Hole”, where he contributed >90 articles on science policy, communication, and training in Canada. David also regularly contributes to the award-winning ‘Signals’ stem cell blog, and pioneered a series of online educational modules with the ISEH called Hematology 101 which focuses on the biological basics of blood stem cells throughout ageing, and their clinical application in cancer and gene therapy. Indeed, David is passionate about training and mentoring the next generation of scientists.

Alyssa Cull who trained with David reflected on her own experience “I’m very pleased that ISEH is awarding the Janet Rowley Award to Dave. In addition to his contributions to the field, what has become particularly clear to me over time is Dave's extraordinary commitment to early career researcher mentorship. This support has been amazing during these formative years of my career.”

Similarly, Daniel Bode who completed his PhD under David commented “Dave has been an incredible mentor scientifically and beyond. He gives you the freedom to explore, pursue new scientific avenues and follow your passions, while simultaneously supporting you to develop the core critical thinking skills. Development of young ambitious scientists, scientific discovery and translational implementation are part of Dave’s core ethos, making him a well-deserving recipient of the Janet Rowley Award.”

In between the science, mentorship and communication advocacy, David leads by example when it comes to maintaining a healthy life/work balance being a proud father of two children aged 6 and 3 and enjoying the outdoors through hiking, cycling, kayaking, and cross-country skiing.
Blog post contributed by: